Following on from from the last post on the things that happened in '72, there is another thing worth noting about 1972 that has become topical this weekend; and that is the Grateful Dead finally making it to Europe for a tour. You probably had to have discovered their music (and its usual accessories) before then to appreciate the significance - or maybe you got turned on at one of the gigs, or saw them somewhere else. In the UK. In '72 that meant the Empire Pool, Wembley for the opening two nights, the Bickershaw (rain and mud) "Festival" (where they magicked up the sunshine), and the final 4 nights of the tour at the Lyceum Ballroom in London. 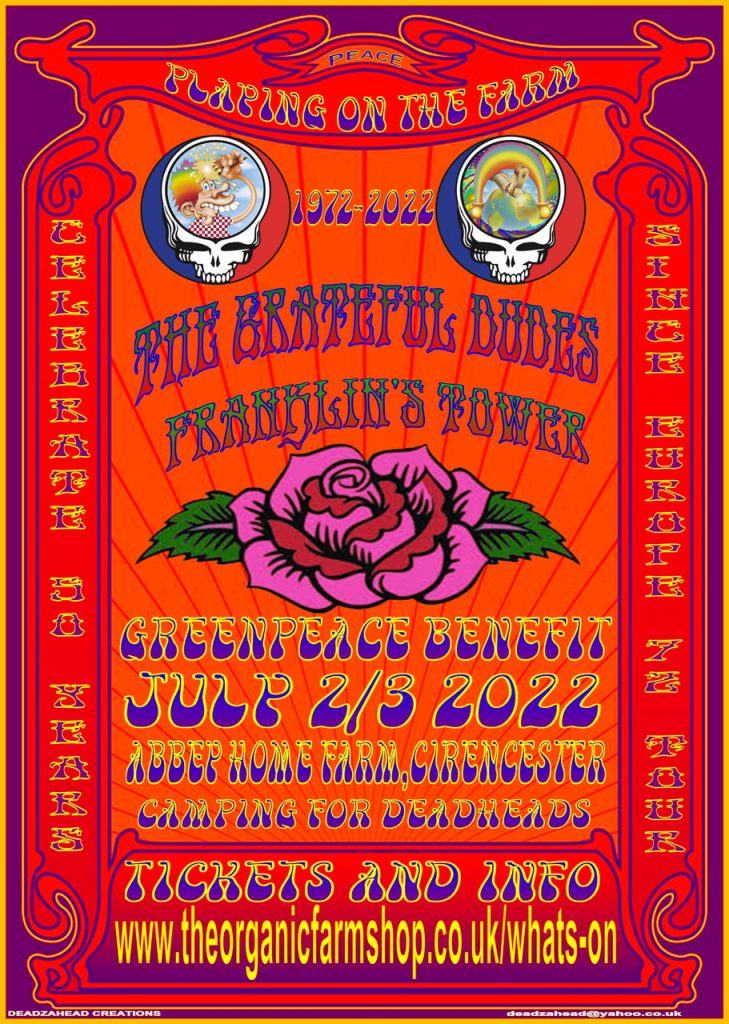 Personally I only made it to one of the Wembley nights - sadly I can't remember which, or who I went with (there was an overloaded car I think, so it must have been someone with a vehicle), or much about the gig itself (I think we were in the tiered seating stage left, but may not have been there long as dancing ensued). Possible comrades might have included Rfa, Trillo, TimF, Alek - but who knows (or cares) - unlikely that any of them will ever see this.

So that was also 50 years ago, and to celebrate the anniversary a mini one day outdoor undercover festival was arranged on a farm (Abbey Home Farm) near Cirencester in Gloucestershire. I got notified by a devious route and and immediately felt the need to respond to the call. A friend (and long-time deadhead) (Hi Richard) was also coming but had to pull out at the last minute owing to family bereavement, so this post is largely for him (and me, as always). Why is this here on Greentalk?[1]

Saturday morning it sure looked like rain and I set off in the van, crossing the Tamar in the midst of a storm I'd rather forget. Came off the M5 at Gloucester to the sound of the thunder and the rain pouring down - same old friends the wind and rain. By the time I got to the farm it had moderated to alternating drizzle and mizzle with the forecast break in the weather remaining the same distance in the future as time passed.

Donned my sea boots and dutch army cape for a wander around the site, and then sat in the van reading for a bit while the final spell of drizzle became mizzle and then faded away.

Time to grab a pizza for lunch from the old horse box in the barn before the music began.

First up were Franklins's Tower, a six piece band from Oxford, setting the scene with 2 hours of well performed Dead music.

Lead guitar, rhythm guitar & lead vocals, bass, 2 percussionists (bongos and beat box, no full set of drums) and a female vocalist with maracas etc. So no keyboardist, but Jerry, Bob (with traces of Pigpen), Phil, two halves of Mickey, plus Donna. They were pretty damn good, with some really nice lead guitar and excellent contributions from the female vocals/percussion/dancer and a tight rhythm section underneath. (Sadly their names are not on their website or faecesbok page and their only contact is FB which is no use to me so I can't name-check them or give the setlist).

They got me moving my feet a bit but I needed loosening up.

The music was working and the day brightening; lowering clouds were lifting and a sunshine daydream was definitely on the cards. I did take some photos inside the tent but was more enjoying the music.

Since this is supposed to be my occasional greenie blog I'd better make at least one political point. I don't think it is possible to listen to US Blues living in today's political world and not cringe. I know some people may think it has an alternative sub-cultural narrative, but despite there allegedly being early versions of the Robert Hunter lyrics which are somewhat anti-militaristic, and despite Bob Weir's claim that 'Uncle Sam' was merely a cultural icon for them without a political content, it is difficult to see it today as anything other than american empire flag waving and thus deeply distasteful. The Dead never really had a political consciousness- they tapped the roots of american culture with a slightly counter-cultural perspective, but sometimes, as with US Blues, trod the wrong side of the fine line between respecting their own culture and jingoism[2].

Aside from that Franklin's Tower were excellent, and to be fair their rendition of US Blues was fine musically - it is just now a crap song. I didn't make a note of the setlist, and already,on the Monday after, it  is merging into a good-time blur. Was it FT who played US Blues, or was it the Dudes?

Franklin's Tower were succeeded by a bluegrass duo - Texas Tick Fever - as a tribute to Garcia's roots. They were finger pickin' good and would fit nicely at a Muisica Lanson gig (hint hint Alison). Something to sit up and dig for the late afternoon getting inside the music.

The sun was out, the sides had come off the marquee and the audience was able to spread out onto the grass and chill. That, accompanied by a bowl of excellent veg chilli brought over in a giant cauldron from the farm shop and a second can of Tribute, set us up nicely for the evening main course. I greatly enjoyed both the bluegrass music and the chilli sitting in the sunshine just outside the marquee.

Spent some time between sets wandering around admiring the plethora of (fake) die-tie and modern printed tee shirts - plus a few vintage originals long treasured. (I lost mine to a washing machine disaster some years ago) and generally chatting - strangers greeting strangers just to shake their hand.

(you need to click on the image to see the full t-shirt in a larger popup - you can then scroll through the selection in the popup window. These are just a few of them)

The main event was served by the Grateful Dudes who started, more or less, at 8pm and didn't finish till nearly 1am (with a 20-30 minute break between sets) - so definitely in the spirit (which is not to decry Franklin's Tower's two hour set - they deservedly played two encores before being shuffled off to allow the stage to be re-rigged, and we would have been happy if they'd played on).

Also a six piece line-up, but this time with keyboards - Pigpen plus Keith with maybe a little TC, but no Ned, Vince or Bruce - just a touch of Brent. For this gig they didn't play much post '72 material.  Two full drum kits (though I couldn't tell which was Mickey and which Bill) but no Donna. A pretty class line-up.

And pretty class versions of many many old favourites. They have posted the set list on their website already. Again one quibble to get out of the way first.Why oh why include the dire, turgid, ponderous and overblown  (Walk Me Out in the) Morning Dew - there has almost never been a good Dead version of this song - possibly the '68 Live Dead (the Dark Star one) comes nearest to nailing its searing pain - which is about all you you can do with a heavy rock version. The original Bonnie Dobson as a 1962 folk song about a post nuclear holocaust world is far superior - the Dead turned it into an interminable slow plod towards the end of a night - which is also what the Dudes did last night. At least it gave me a chance to sit down for a few minutes, but that was all it was worth.

With that out to the way the rest of the evening was stunning. The band was excellent, the sound mix clear, there was a fabulous late 60s/early 70s feel light show for the second set once darkness was falling. With a totally sympathetic audience (at least 2/3rds of whom had never seen the Dead live on a show of hands at one point, and less than a quarter were veterans of the '72 tour). All mostly knew the words to every song, and at times it was a celebratory singalong - but the power of the music and the musicianship lifted ones feet to surf on the clouds of sound way up into the sky.

There seems to be a beat now. I can feel it in my feet now. It's a rainbow full of sound - Everybody's dancin'.

This is the first[3] dance-able live gig I've been to since pre-plandemic times. A good dance every now and then is vital to maintaining a healthy perspective. Losing your entire self into the (live) music gets you sooo connected to something greater than your little self (see previous post on this).

So I danced my cotton socks off late into the night.

Sun went down in honey, and the moon came up in wine - we forgot about the time

Finally One More Saturday night and then out into the dark. Pitch black starry starry night with a crescent moon low over the woods and green fairy lights in the trees way up to the tops of the tall (and largely still healthy) ash trees.[4] . Stars were spinning dizzy, Greet the mornin' air with song. No-one's noticed but the band's all packed and gone - was it ever here at all? But they kept on dancing.

And amazingly awoke in the morning without painful knees or aching feet - music therapy thanks to the Dudes.

And the sun was still shining and the vibe mellow. Unlike many festivals once the music stopped silence fell. No annoying bongos keeping people awake, no stumbling drunks tripping noisily over guy ropes - the tripping was all inside people's heads.

By the time a leisurely bowl of cereal and banana had been eaten, and some coffee acquired from Tom & Heloise CM's big van in the barn (excellent cake, muffins and flapjacks also on offer) it was time for Franklin's Tower to play another set - billed as being in the woods, it was relocated to outside the marquee so we could lie in the sunshine soaking up the music and watching the fluffy white clouds and blue blue sky overhead for a laid-back set. They filled in some Europe'72 material that hadn't yet been played and more (including the Dylan cover Memphis Blues) 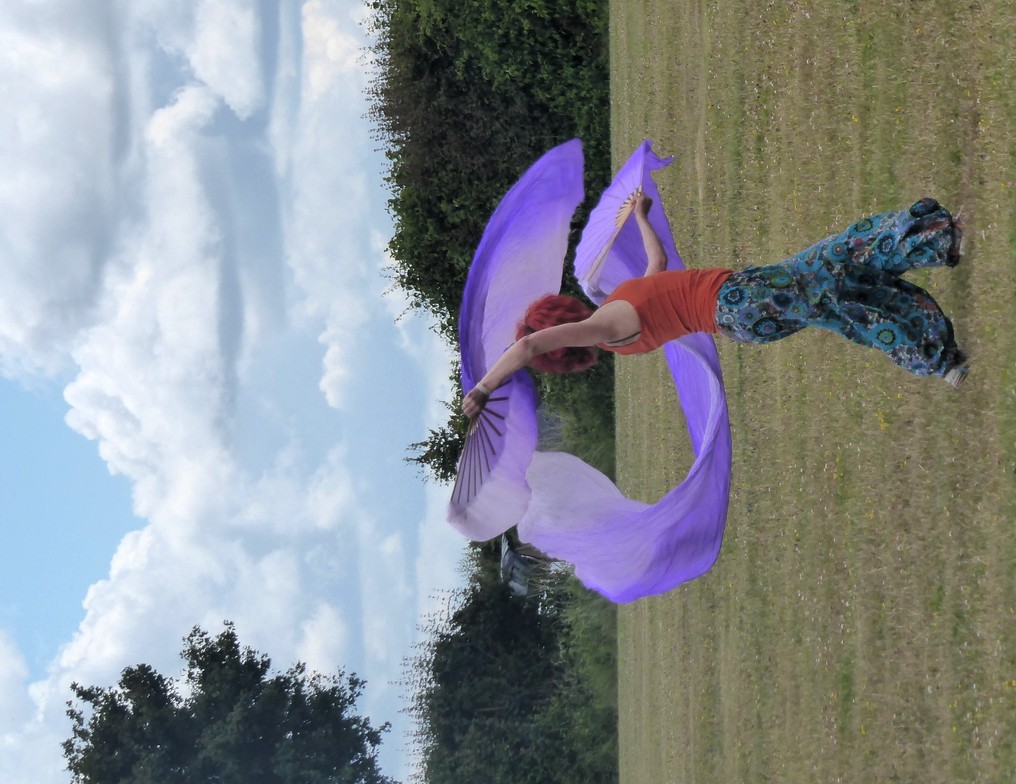 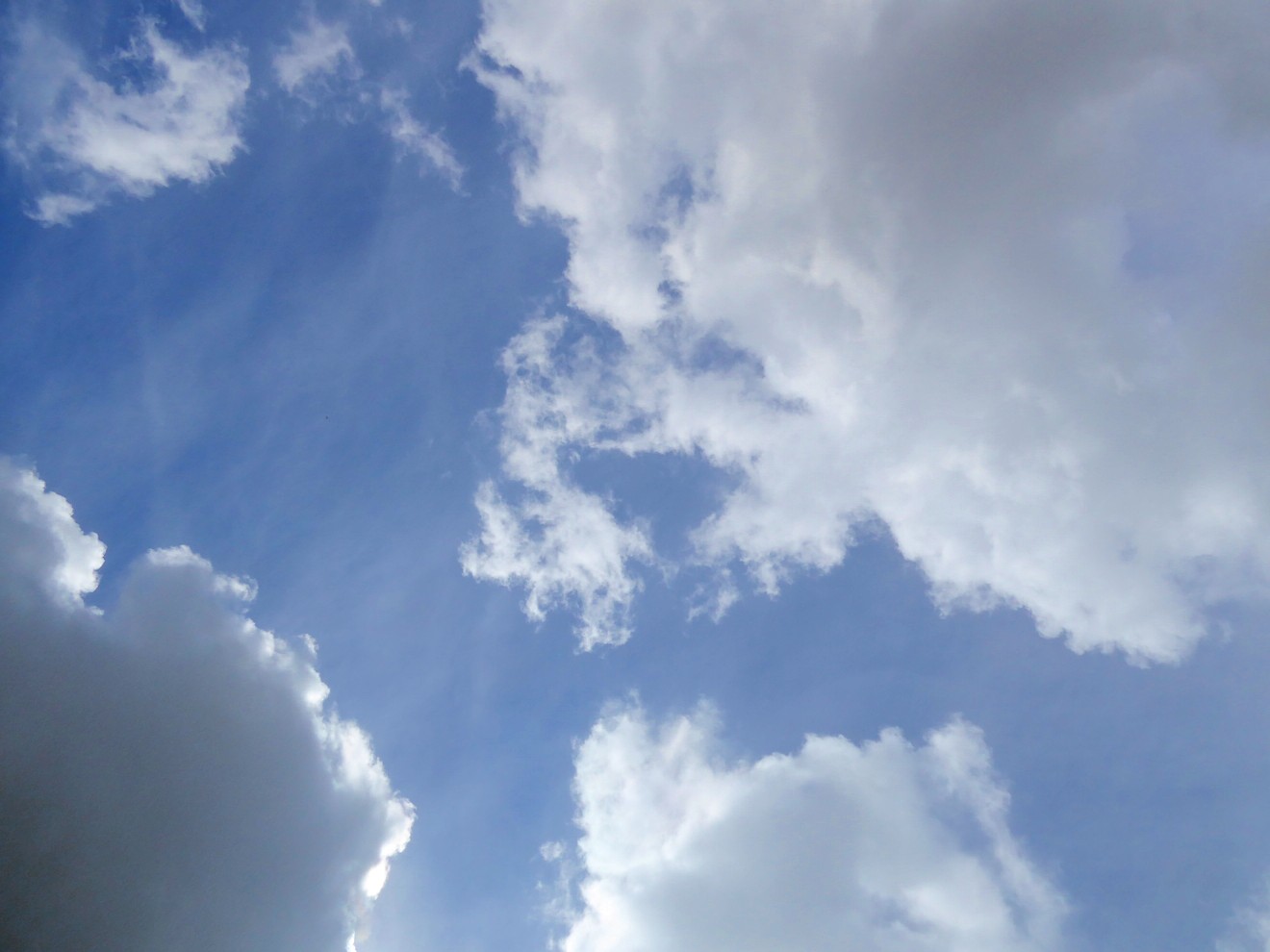 Thus ended an excellent 24 hours Playing on the Farm. [5]

Abbey Home Farm is a beautiful spot - I didn't get through the wood to the farm shop, but reports from those who did were that it was most excellent and worth a stop if you are ever passing. The farm is fully organic, the shop vegetarian, the ethos good, the campsite is 'leave no trace' basic facilities - thunder box long drop loos and cold water and no electric hook up - as a campsite should be. Proper job. A beautiful place.

With grateful thanks to Will Chester-Masters and the whole team who made it happen. As a punter it seemed seamless and worked perfectly. And the Dead's ,musical magic still works even with the weather - as I pulled onto the A417 for the trek homewards the rain started to fall again. In another time, another place the music never stopped. The band has all packed and gone but we'll keep on dancing. 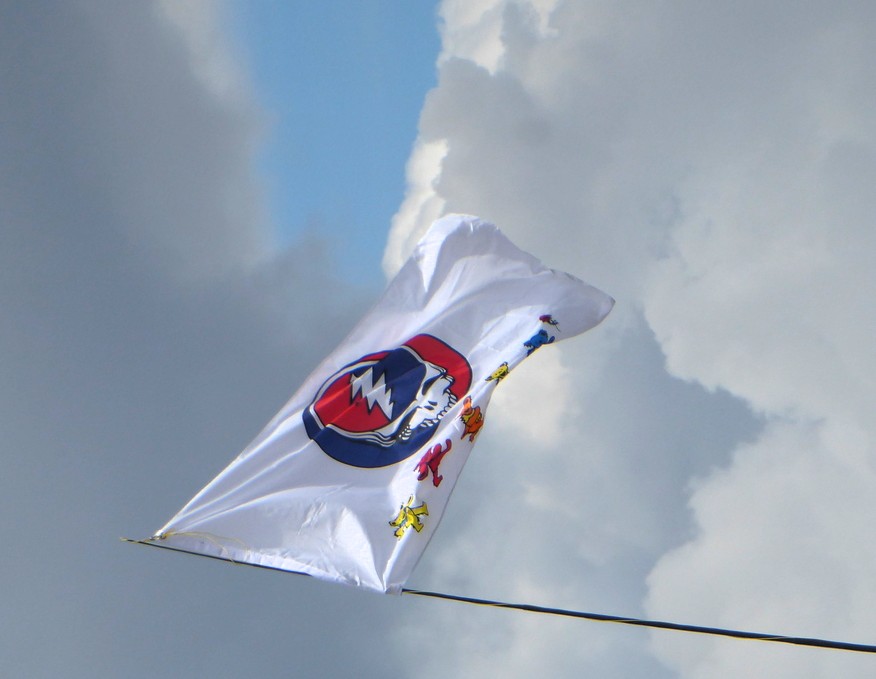 A field in England - were they ever here at all?

In every voice, in every ban, the mind forged manacles I hear
William Blake, London in Songs of Experience 1789